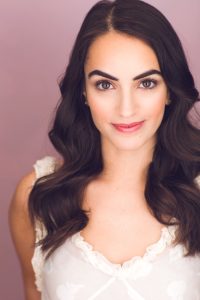 Bio: I was born and raised in the heart of Hell’s Kitchen, NYC. My passion for creating was a surprise to… no one. My journey into the world of acting began at LaGuardia High School of the Performing Arts AKA the 'Fame School'. Despite the lack of dancing on cars and lunch tables, I fell in love and decided to stick around... not even Jennifer Aniston can say that (I love her!) After four years of learning from the best, I applied to Binghamton University to study psychology. While everyone else was all 'textbooks and finals', I got to study human nature through an acting and character lens. Since then, I've been further developing my instrument at the Penny Templeton and Folster Studios, Upright Citizens Brigade and the Royal Academy of Dramatic Art in London, UK. I've appeared in a number of films, series and commercials. In my spare time, I like to bake at home and occasionally take a baking class, play with my Border Collie, Layla, watch movies -- not just the new stuff either, I love the classics. Abbott and Costello are my faves but I'm open to recommendations!
Request an Introduction