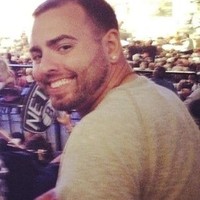 Bio: Adam Lawrence is a Producer/Director and co-founder of Beast of the East Productions, a New York based film company. He received his training under Michael Imperioli at Studio Dante and at the School for Film & Television, in New York City. Adam has produced many short films, including Love and the Small Print (which he also directed). This film premiered at the Cannes Short Film Corner in 2012. His feature film producing credits include the award winning, Bridge and Tunnel and The Teacher. Adam has also produced and directed several music videos for artists including Alexz Johnson, the star of the hit television show, Instant Star, and has the distinction of directing the first-ever official music video for the legendary British band, The Zombies. The video for their 2013 song, Any Other Way, was aired globally and was featured in a Rolling Stone Magazine interview article. Currently, Adam is working to develop several feature films and continues to build the brand of Beast of the East Productions throughout the entertainment industry.
Request an Introduction