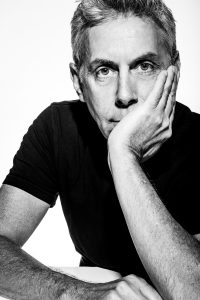 Company: Cinetrope Entertainment
Bio: Aaron Weisblatt's first documentary, SAM, was nominated for an Academy Award. It aired on The National Geographic Explorer Series and the UK's Channel Four. He co-produced the critically acclaimed BBC documentary FEAST OF DEATH, about the best-selling author, James Ellroy and later produced and directed an award-winning feature documentary, BETWEEN TWO WORLDS. Aaron was one of a team of picture editors on The History Channel's 10-part award-winning series, WWII IN HD and a cameraman on the first season of A&E's reality show, TATTOO HIGHWAY and on an episode of INTERVENTION. He has also worked on the documentaries for CNN (EVOCATEUR,) and PBS (EARTH DAYS and DISTURBING THE UNIVERSE.) Aaron began his career in New York City working as a P.A. on commercials, television series and industrials while attending New York University. Upon graduating, he became an apprentice picture editor and later became an assistant picture editor and a sound editor after moving to Los Angeles where he worked on many features and television shows. He has had the opportunity to work with many talented producers, directors and actors such as Dustin Hoffman, Volker Schlondorff, Sam Rockwell, Robbie Benson, The Hughes Brothers, Joel Schumacher, Peter MacGregor-Scott, and documentary filmmakers Errol Morris, Nick Broomfield, Vikram Jayanti and Joan Churchill. For the past four years Aaron has worked at the world famous Omega Institute as a video producer/director and managing director of the digital department. Aaron’s most recent focus has been on writing feature and television scripts and directing. Currently he is writing WRONG TIME WRONG PLACE, a suspense thriller and developing a pilot for a historical television series.
Request an Introduction